A new elevated bridge for the Cityringen extension 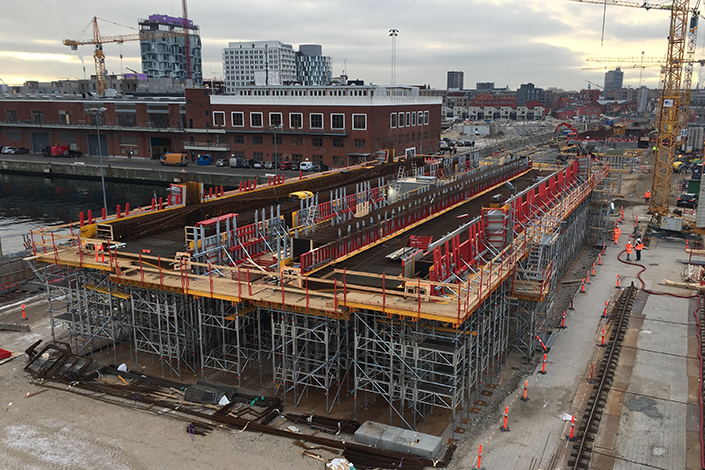 Skandinavisk Spændbeton has carried out the post-tensioning of a bridge on Copenhagen’s new ‘Cityringen’, a 15.5 km circle line extension to the city’s existing metro.

The new extension will connect the two stations Nordhavn and Orientkaj and provide a direct route linking the new North Harbour mega development.

The bridge, which is located in the town of Nordhavn, consists of four separate sections, each 60 metres long. Skandinavisk Spændbeton was commissioned to supply and install the post-tensioning using CCL’s XM system.

The post-tensioning was carried out in three stages per section. The project started in January and finished in August 2017.