In 2006, an inspection of bridge no.502, in Albertslund, Denmark, identified structural degradation caused in part by high concentrations of chloride, particularly near to the abutments. In response to this, a program of refurbishment was commissioned by Albertslund Council.

Significant damage had been caused at both ends of the bridge and the prestressed anchors were found to be corroded. CCL was commissioned to carry out the replacement of the anchorages.

Following the removal of between one and two metres of concrete from each end of the bridge by the main contractor, CCL carefully removed the existing anchors, the ducting, and the grout before cleaning the wires.

After completing this operation, the company mounted a bespoke anchor, specially designed by CCL, onto the wire and created anchorage studs on each, using a special jack. To allow the re-stressing of the wires to take place, they were then connected to 32-mm high-tensile bars which formed part of the retaining anchorage at the end of the bridge.

When the connections had been successfully completed, and the new concrete had gained sufficient strength, the high-tensile bars were stressed and grouted.

The work was carried out in two stages to ensure that access for traffic was maintained throughout the project. 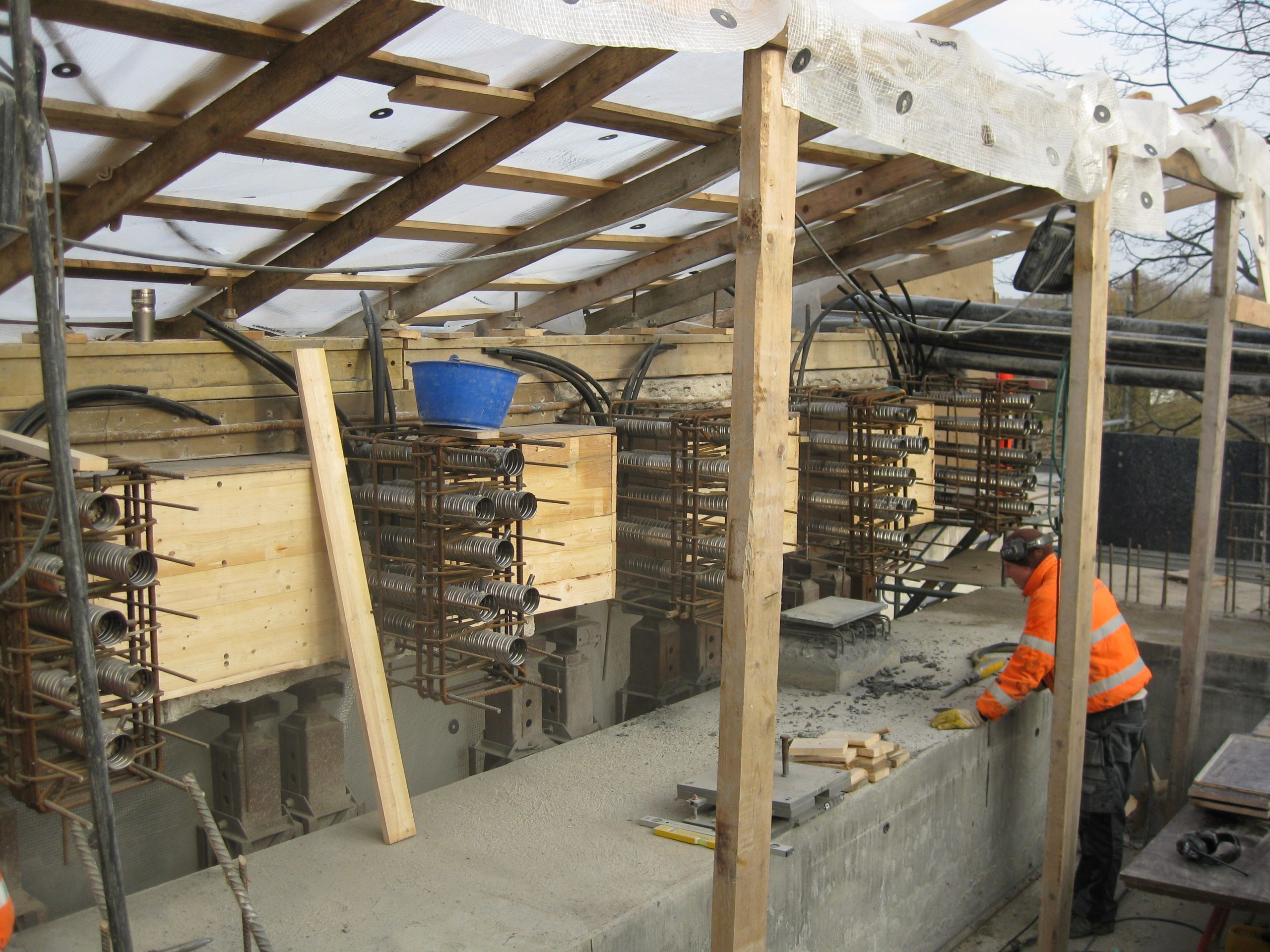