CCL has carried out the post-tensioning for an elevated bridge extension to the new Cityringen line of the Copenhagen Metro system.

Cityringen is a completely new line on the Copenhagen Metro which opened in July 2019, operating as lines M3 and M4. CCl was commissioned to supply and install the CCL XM post-tensioning system for an elevated bridge at Orientkaj, one of two new stations on the Nordhavn extension branch.

The M3 line (Cityringen) is a 15.5 km circle of underground railway with 17 stations underneath the city centre. Line M4 will begin at Copenhagen Central Station, leaving the Cityringen line (M3) at Osterport and service the Nordhavn extension branch, which is located between the two stations Osterport and Trianglen.

The bridge consists of four sections, each 60 metres long. The company used a combination of live-end and dead-end anchorages. In the lateral beams, there are 4-6 tendons with 19-25 strands and the longitudinal beams have 4 x 4 tendons with 17 – 27 strands. The post-tensioning began in January and was carried out in three stages per section, completing in August 2017. 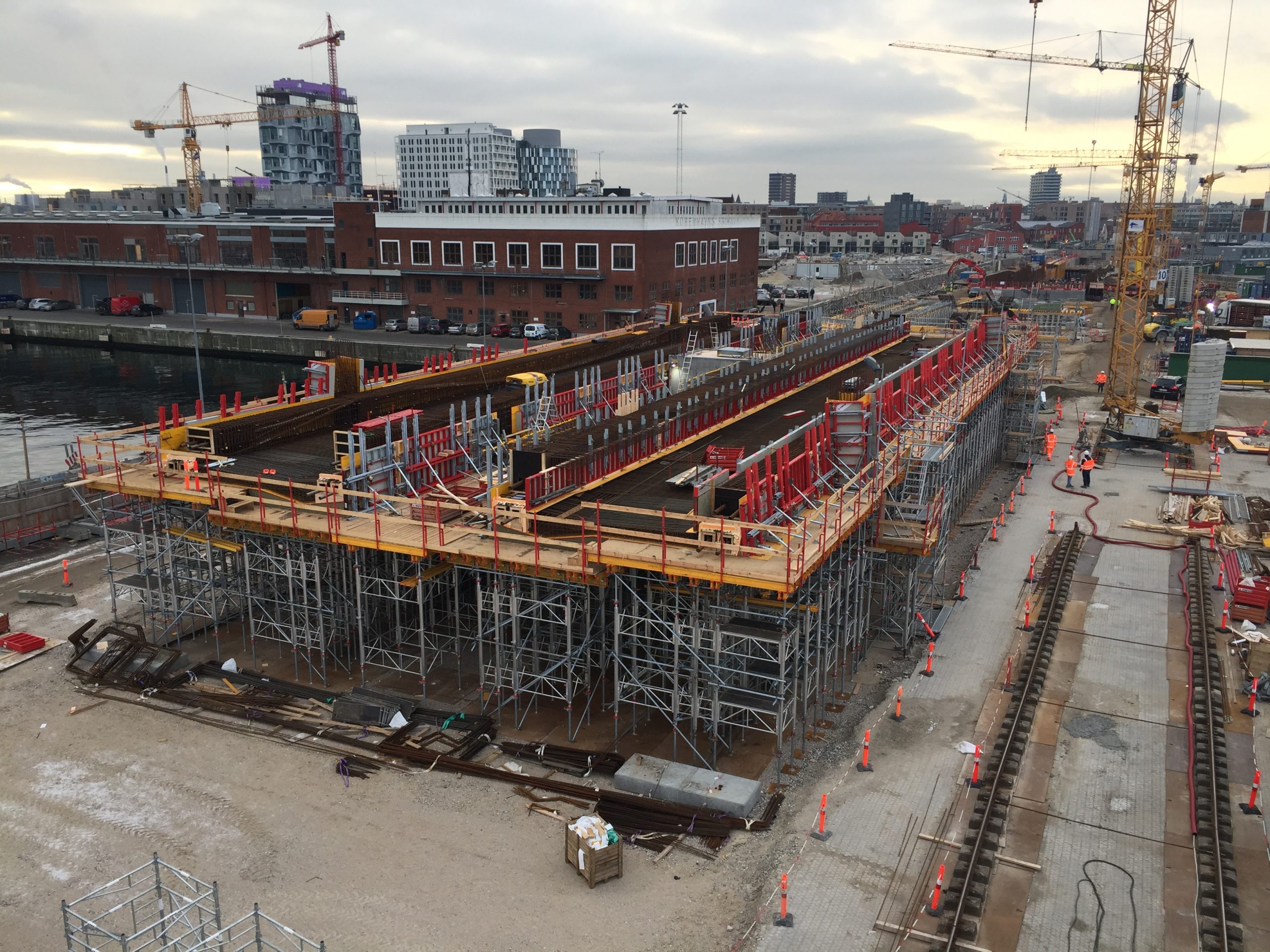