Ten 9-15 tendons, which started in a horizontal plane in the tower foundation, passed through a 90-degree steel tube and continued all the way up to the top of the structure within a plastic tube. From here they were fed into the ducts that ran from the top to the bottom of the tower

A special grout, which could withstand very high pressure was then pumped up the entire 84 metres of the tower through valves that were built into the side of the structure at the base. The capacity of the grout pump was increased to ensure that the grout reached the top in the operation, and the ducts were locked into position in order to withstand the pressure.

Ten 5-15 unbonded tendons began to approximately nine metres from the bottom of the tower and stretched upwards, ending as 1-15 cables at a height of 50-52 metres. Anchors were installed on the 1-15 cables at intervals of 0.5 m because of space restrictions.

Stressing of the 5-15 cables, using a monostrand jack, was carried out from inside the tower at the bottom of the tendon, which, at a height of nine metres, was accessed by means of a lift. After the stressing was complete and the strands cut, plastic caps were secured to protect the strands from the concrete. 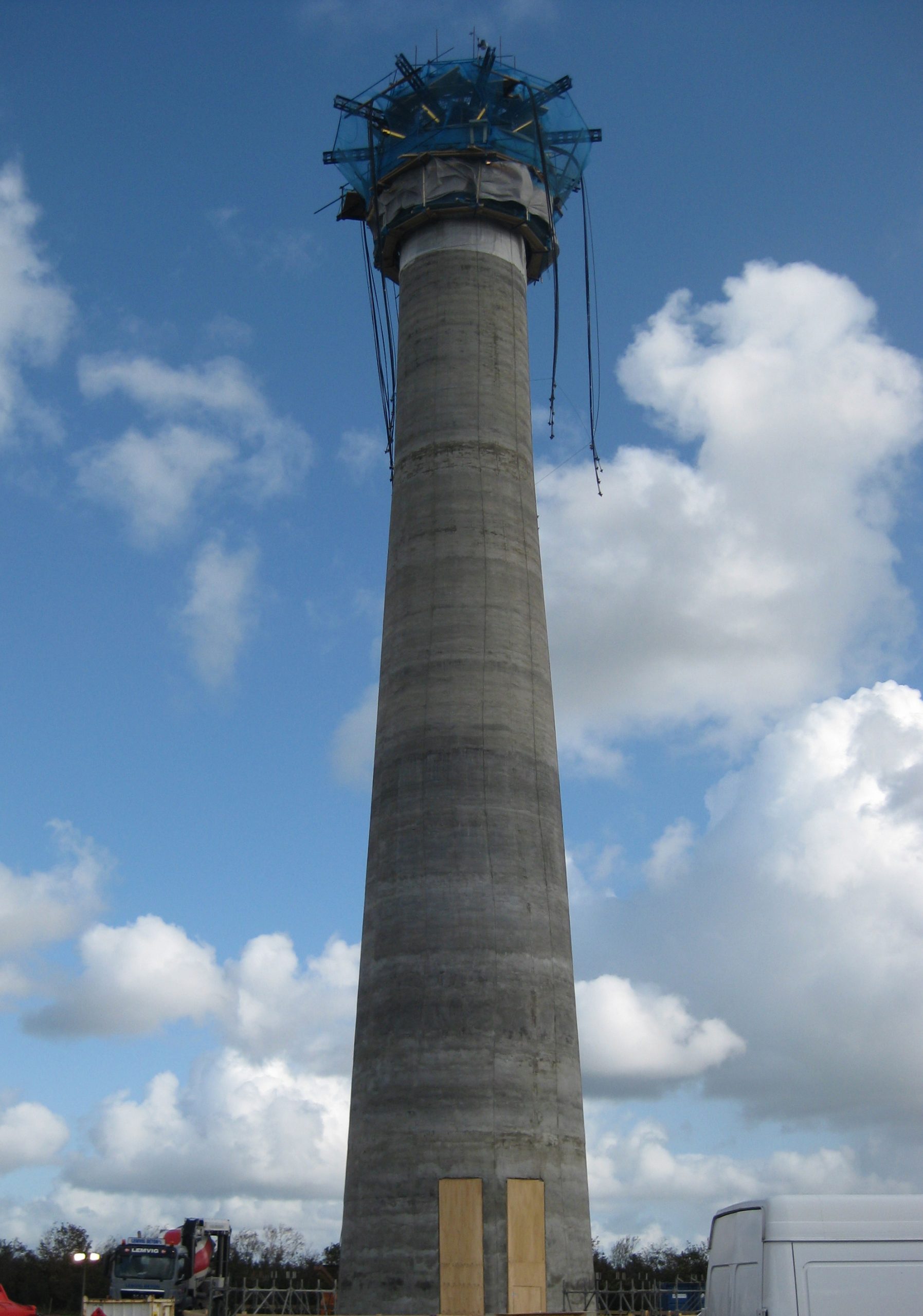