Ratcliffe Power Station is one of the largest and most efficient coal-fired power stations in the UK. First commissioned in 1968, the plant has eight cooling towers with a capacity of more than 2000 MW and supplies enough electricity to meet the needs of two million people.

CCL was presented with the problem of how to fill the voids without damaging the existing walls. Several specialist contractors had been unable to provide a viable solution when CCL was called in. Within 14 days, the company had devised a solution, trialed and tested it, had it approved to the complete satisfaction of all parties, and had mobilised its workforce to begin remedial action. The system was capable of grouting the voids of the cooling tower from low levels to heights in excess of 100 m.

As the specialist concrete repair company, CCL was able to offer a practical and realistic solution. 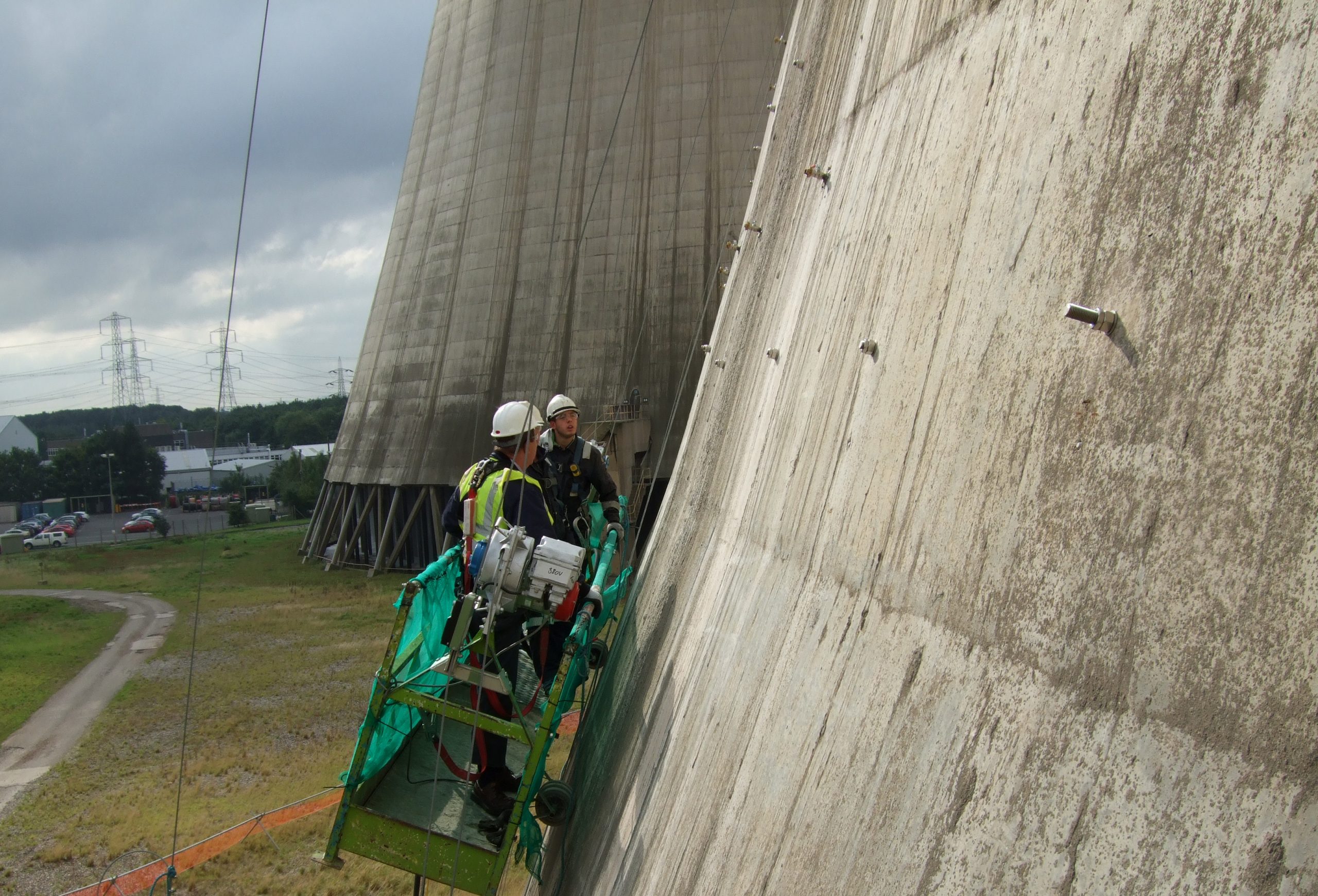