The Worcester Library and History Centre, also known as The Hive, is the first fully-integrated public and university library in Europe. It consists of 10,000 sqm of public space over five floors.

CCL XF10 and XF20 post-tensioning systems were used to reduce and rationalise the depths of the original reinforced concrete floors to an overall depth of 250 mm in all areas, apart from the level-two strongroom, whilst accommodating the integral cooling pipes. The required four-hour fire rating, coupled with the 12 kN/m² loading for the archives, meant that a 450 mm slab thickness had to be maintained in these areas, although this was still 50 mm less than the original slab depth.

Services were located under raised access floors, the depth of which was increased by an extra 50 mm because of the post-tensioned slabs, to aid access. From an architectural perspective, reduction in the thickness of the slab, particularly at the perimeter of the building, meant that the depth of the air vents could be reduced by 50 mm, and that an additional 50 mm was available to make access to the actuators easier when servicing or replacement was required.

The use of post-tensioning on the project saved more than 250 m³ of concrete across three levels, reducing embodied C02 by approximately 95 tonnes – lessening environmental impact during the construction process and lowering expenditure on both concrete and reinforcement.

In line with the carbon-neutral aspirations of the library, the thermal-mass properties of the concrete were maximised by maintaining fair-faced soffits throughout the structure. The river water cooling system, which consists of pipes embedded in the soffit of the post-tensioned slabs, is designed to carry water, extracted by coils, from the nearby River Severn. 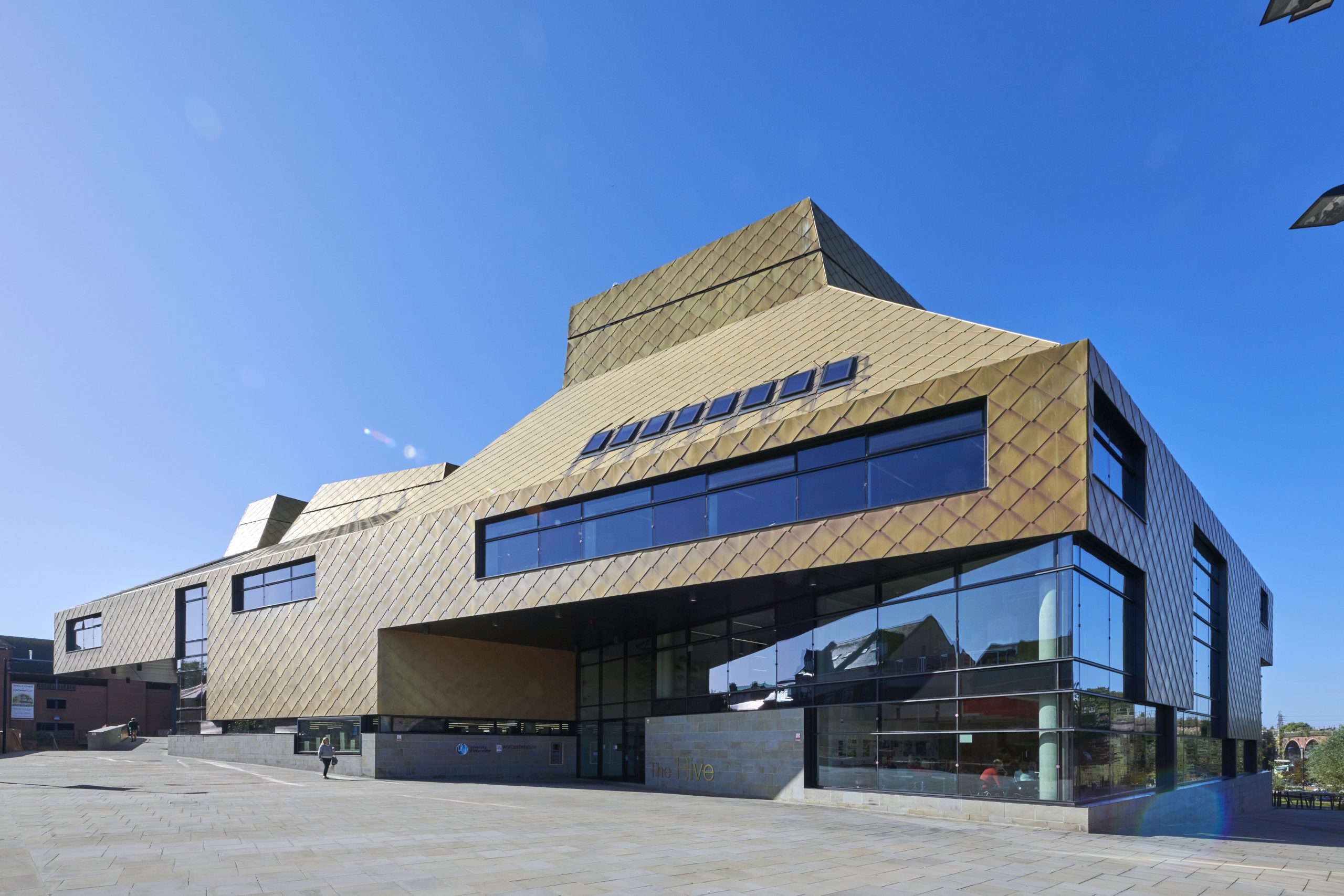