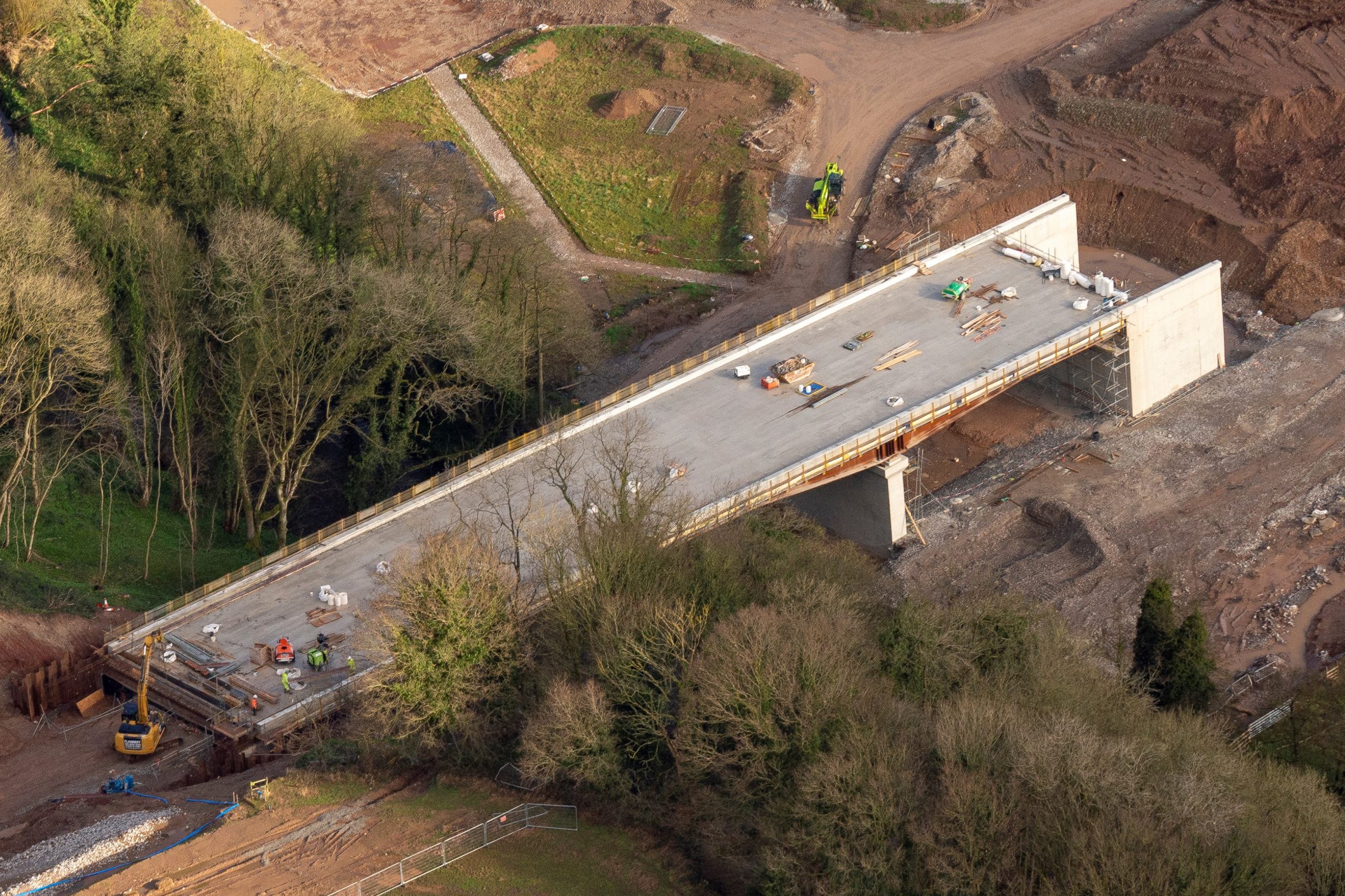 CCL designed and manufactured the bridge bearings for the Congleton Link project which includes two bridges, one of which is the River Dane Crossing.

Over the past few decades, the semi-rural town of Congleton has seen its narrow streets overwhelmed by traffic, causing disruption for the town’s residents and commuters. A new 5.5 km link road has created a bypass to free the town centre of through-traffic, resulting in a reduction of vehicles on Congleton’s roads and the town being more accessible to visitors and more appealing to small businesses which will in turn boost the local economy.

The River Dane Crossing is a two-span bridge of composite construction, with reinforced concrete abutments on the east and west banks of the river and a single concrete pier on the east bank.

The spans are of unequal length, with a 62 m span crossing the water and a 25 m span completing the path of the bridge from the pier on the east bank to the eastern abutment. Although contractor Graham cut into the high embankment to construct the western abutment, there is a vertical difference of 20 m between the west and east sides of the river. This resulted in the 62 m span being constructed at a 1/20 gradient.

At the western abutment and the pier the bearings play an essential role to allow movement through the structure and in absorbing the vertical load of both the span and the vehicles that will use the road.

Five CCL free-sliding spherical bearings, designed with a preset angle of 0.8°, were installed at the western abutment to allow for the gradient of the span and to withstand the vertical load and allow movement in all directions. A CCL guided spherical bearing capable of absorbing both vertical and horizontal load and allowing movement in one direction was also installed alongside the free-sliding bearings. This also allows articulation of the bridge  to accommodate  longitudinal contraction and expansion of the steelwork while preventing perpendicular movement that could damage the structure.

CCL also designed and supplied five free-sliding pot bearings for the pier which will take vertical load and allow movement in all directions as well as a guided pot bearing to withstand both vertical and horizontal loads and  allow movement in one direction. There are no bearings on the eastern abutment as the girders are cast into the diaphragm.