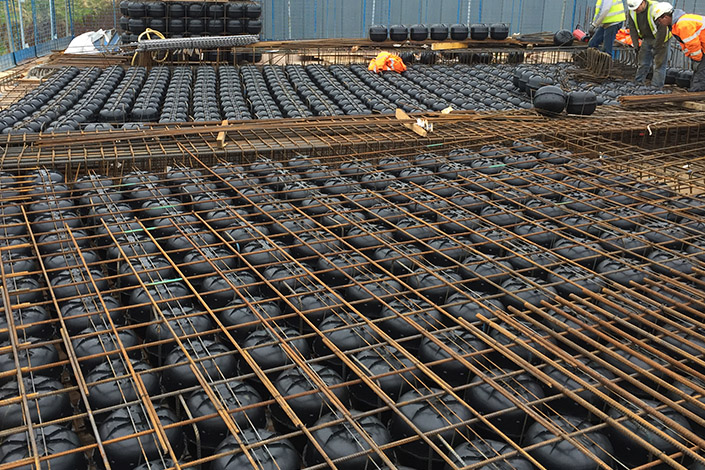 As part of an exciting new development, The Higgs Centre for innovation is a £10 million space technology centre funded through the UK Government.

The original design of the building comprised a conventional 400 mm reinforced solid concrete slab on the second level. After a value engineering exercise to reduce concrete consumption and the building’s environmental impact along with the structural loading of the slab, it was decided a change of specification to a voided slab would be more suitable, using a voiding system provided by CCL.

CCL supplied 1844 recycled synthetic modules, which were laid between the steel rebar reinforcement prior to the concrete pour, thereby creating the voids. This not only reduces concrete consumption, costs and structural loading, but also provides a robust solution.

Constructed adjacent to Edinburgh’s Royal Observatory, the building is named in honour of Professor Peter Higgs from the University’s School of Physics and Astronomy, and will be operated by the Science and Technology Facilities Council in partnership with the University of Edinburgh.

The centre is due to be completed and open to businesses by the end of 2017.