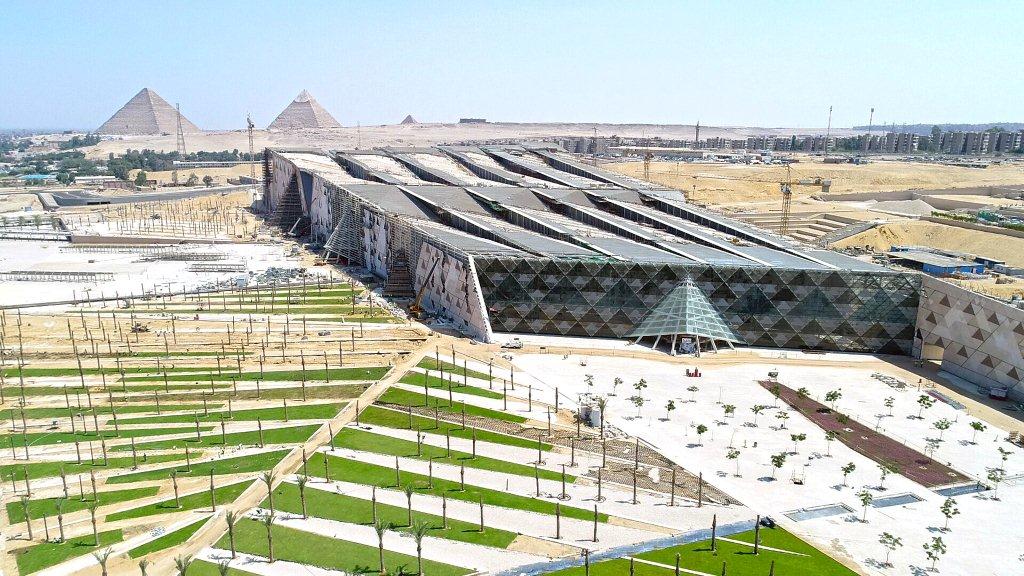 The Grand Egyptian Museum will be the largest archaeological museum in the world. CCL worked with its Egyptian partner to deliver the post-tensioned concrete solution for the folded plate roof.

The museum’s unusual chamfered triangle shaped silhouette relies heavily on the structural capabilities of post-tensioned concrete. The building’s design includes a roof comprising 10,000m2 of post-tensioned folded plates which have different inclinations and spans varying between 18m and 30m. CCL post-tensioning systems were used to provide the significant amount of PT forces required for lateral stability and seismic loads. Other factors which influenced the design of the post-tensioning, included the removal of some of the lateral beams originally designed into the roof structure, which increased the amount of PT forces required.

The building’s design also includes six post-tensioned beams, with spans ranging from 14m to 38 m, located parallel to the folded plate roof. These beams support the structural loading of the roof and manage the deflections. The building also features a 22m long cantilever wall, which is 8.65 metres deep and performs the role of a deep beam.

CCL worked with partner in Egypt, CSS, to provide the materials, equipment and the expertise required on site for the post-tensioning elements of the structure.

Located in Giza and now due to open in 2021, the museum will display the full Tutankhamun collection.