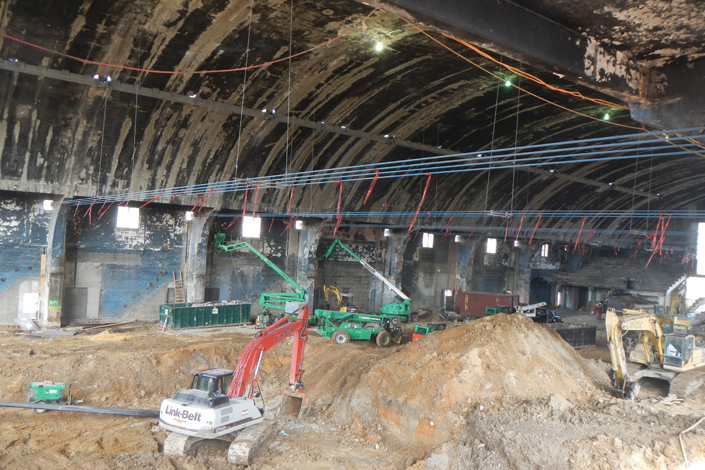 CCL’s innovative use of post-tensioning (PT) tendons in the refurbishment of a landmark building in Washington DC has been featured in the September edition of Building Engineer.

The Uline Arena, built in 1941 as an ice rink, has since been the venue for a wide variety of sports and music events. It was here that the Beatles made their first US appearance back in 1964.

The arena’s barrel-shell roof spans 48 metres with no intermediate supports. It was constructed using thin sprayed concrete panels supported by external concrete arches, which sit on concrete columns. In a recent redevelopment transforming the building from a single-storey hangar into four levels of retail and office space, the roof was retained but some of its original thin concrete shell panels were removed to create roof-level terraces.

To avoid building an expensive temporary steel support, CCL helped devise a PT solution in which the tendons acted as thrust restraints. PT cables were fixed to anchor blocks on the columns, then slung across the 48-metre span and fixed to corresponding anchor blocks on the other side. The groups of cables which were installed at each column-beam location, were then stressed in a carefully controlled sequence, allowing the contractor to begin taking out sections of the roof slab while preserving the original roof structure.

The temporary solution was incorporated into the building although it provides no permanent structural function.