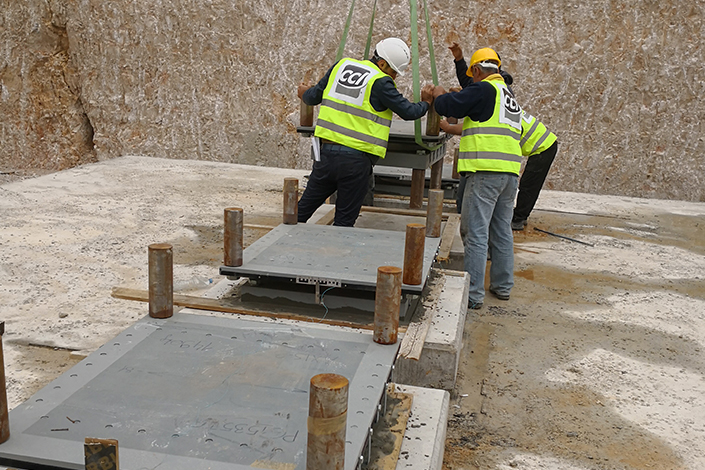 CCL has designed, manufactured and installed fixed and guided pot bearings on the Qorsaita Bridge project in Lebanon. The 100-metre-long, single span structure is being constructed at Sir El Danniyeh in the North of Lebanon, and will connect the towns of Bqarsouna and Qorsaita.

The post-tensioned bridge will be built using the free cantilever method, in which the consecutive segmental sections will be constructed from each end of the structure towards the mid-span in a balanced cantilever way. At mid-span, the two balanced cantilevers will then be connected by a stitching segment to form the final stage of the bridge. This technique is often used for bridges spanning deep ravines or valleys, or where the geography makes access problematic.

Construction is ongoing from the first end where the second segment is scheduled to begin this month. The project is due to be completed later this year.